A customer asked about the difference between the blank and the black parts of Ma steel pipe. In fact, blank and black parts belong to two naming methods. The blank is the finished product. The black part is the white part (Galvanized part). It’s just that the rough surface of Ma steel pipe fittings is not galvanized like the black ones, so it’s easy for ordinary people to make mistakes. 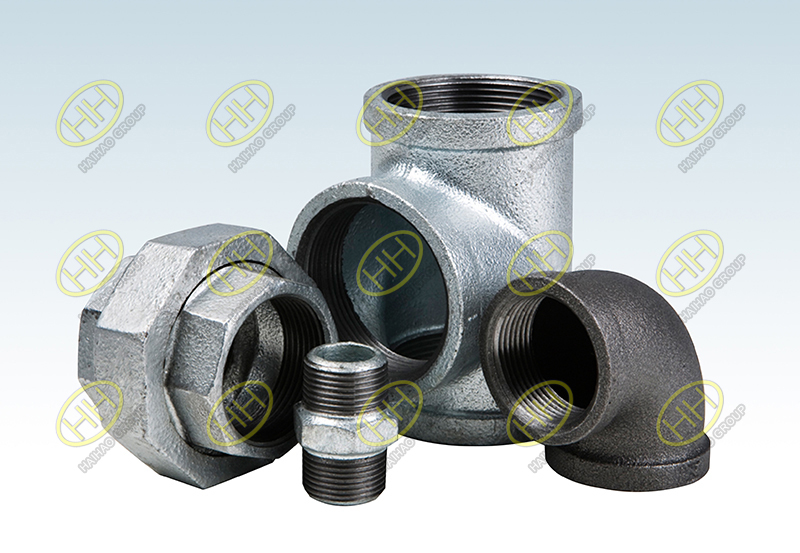 Marble steel pipe blank refers to the cast product without machining. Among them, machining processing includes flat mouth, plastic shaping, galvanizing, threading and plastic lining. The rough parts of the pipe are divided into raw and cooked blanks. Among them, the green billet is a casting that has not been annealed (heat treated), and the cast after annealing (heat treatment) is called a cooked billet.

The black pipe of the steel pipe is the finished steel pipe without surface treatment. Its characteristic is that it has been processed by threading and other processing, but its surface has not been galvanized and rust-proof, so it is called black. The opposite is the galvanized pipe, which is called white and galvanized. The white pieces are divided into white pieces and white pieces. A white piece is a pipe that has been galvanized but not threaded. According to the different galvanization, it is divided into hot-plated parts and cold-plated parts, as well as so-called baked plating parts (that is, the surface is dipped in silver powder paint and then dried in the oven).

As a professional pipe fittings supplier, Hebei haihao group has a history of more than 30 years. If you want to know more, please feel free to contact us.Email:sales@haihaogroup.com

Share:
Prev： What are the welding requirements of stainless steel pipe fittings?
Next： Types of coated pipe