Pull out test is the most commonly used experimental method to test the adhesion of coating. It can intuitively see whether the coating is qualified. Here is a pull-out test, which has been done by us.

Determination of adhesion by pull-out method 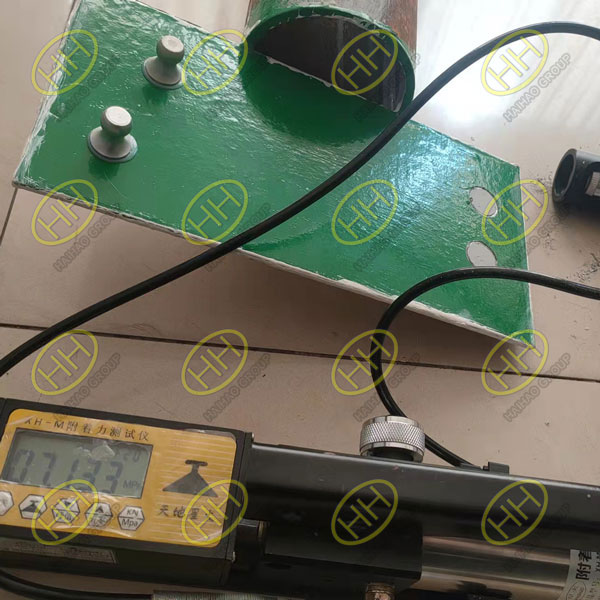 The instrument commonly used abroad to measure the pull-out method is elcometer adhesion tester. This instrument is small and can be used for field detection. However, sometimes, similar to elcometer-106 manual pull-out tester, the accuracy of test results is affected due to the instability of manual operation, which is no longer used in the industry of some countries. Elcometer test is to stick an aluminum test puller on the coating, pull the puller off with a calibrated mechanical tensile testing machine, and read the tensile force of pulling the aluminum head from the scale. Generally, three failure types may be found in the pull-out test on the metal substrate:

(a) Adhesive failure, that is, after being pulled, the adhesive layer breaks from the coating or test puller or its own internal part, which is considered to be the failure of adhesive. The adhesion between coating and substrate or between coating and coating will exceed these values.

(c) Cohesion failure, that is, the coating itself is broken. This value is used as the value of interlayer adhesion, and the adhesion between the coating and the substrate exceeds this value. For each coating, there are provisions on the measurement value of pull-out method, which is generally required to be greater than 2MPa, and that of epoxy two-component coating is greater than 4MPa.

It is worth noting that there is a certain gap between the adhesion data measured by the pull method measured by the Elcometer tester and the values measured by the tensile testing machine specified in the national standard. According to the experience of many experiments, the data of elcometer tester multiplied by 3-3.5 times is similar to the value measured by tensile machine. Therefore, the test data of each test method can only be compared with the same kind and has a certain accuracy. When filling in the test report, the test instruments and methods used shall also be indicated. 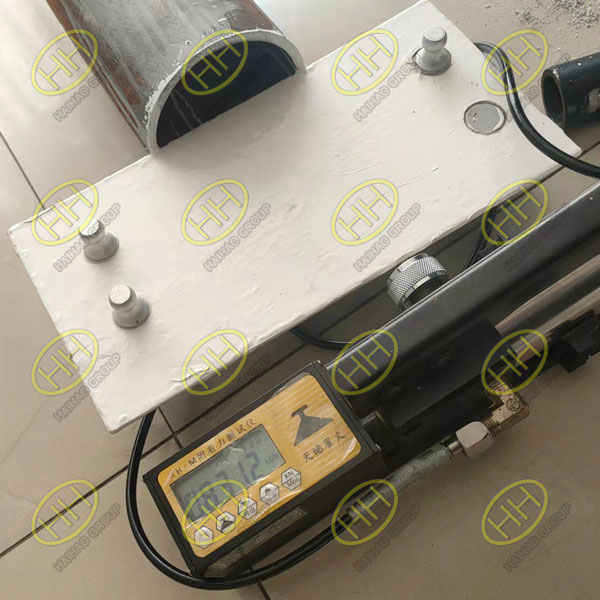 For the requirements of adhesion, for the coating system (dry film thickness greater than 250) in ISO 12944-6 μ m) The adhesion requirement is to test the adhesion according to ISO 4624 pull method, which shall reach at least 5MPa. For old coatings, the reference value is 2 MPa. If it is lower than 2 MPa, the old coating shall be removed.

The coating pull-out test we provided for our customers in the columbia project far exceeded the standard requirements. The customer was very satisfied. Meet the customer’s project requirements and solve the problems for the customer.