MSS SP-83 threaded union is a kind of active pipe connecting pipe fitting, which is easy to disassemble and assemble.Threaded unions are widely used for pipe connections of different diameters, as well as for instrumentation and valve and pipe connections.Generally speaking, a complete union shall consist of three parts: the male end, the female end, and the nut.Two pipes are connected at both ends, and the nuts are connected at both ends like a coupling.It is forged from round steel or ingots and then shaped with slats.It connects the pipe by thread, including internal thread type and external thread type. 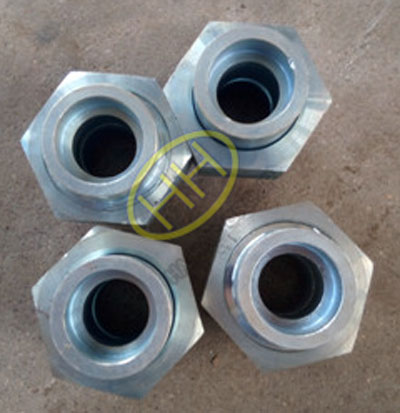 Based on MSS SP-83, we manufacture and supply thread fittings for customers in Singapore, Nigeria, Ghana, Mexico, Australia and other countries..Its chemical composition and mechanical properties also are tested.In addition, we also provide test reports, MTC and ISO certificates.